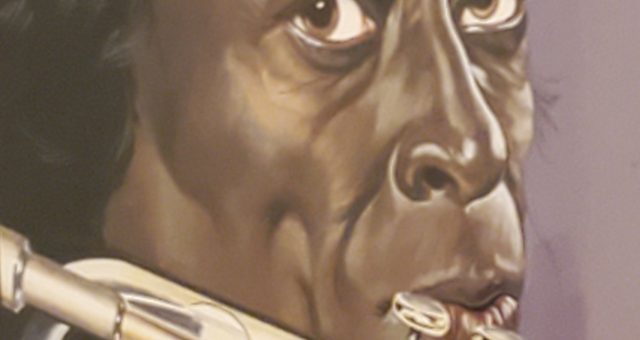 Herbie Hancock, one of my favorite musicians, made a big mistake as a young musician while playing piano with the then world famous Miles Davis band.  Herbie described the incident in an interview,  and his experience was something that many people can relate to.

I had been “kicking myself” about an error made earlier in the day with a big client.  The error was heavy on my mind….it seemed like the only thing I could do was to dwell on the mistake.   The mistake that I, and I alone, had made.

While the actual impact to my client was minimal, obsession with perfectionism ( “I Just Don’t Make Mistakes!!!”)  was running rampant inside of me.

More important, I hadn’t come up with a solid pivot or next step.  All I could think about was “how in the world could I have done that.”  Time seemed to be standing still….

Much the same with Herbie.  In the middle of performing the classic “So What,” he played the wrong chord.  Herbie took his hands off the piano, puts them around his ears, and then, froze.

But Miles didn’t freeze.  He only paused for a second, and then without hesitation, his trumpet produced the perfect notes to complement the chord that Herbie had played in error.  Miles pivoted in the moment.  He turned the mistake of the wrong chord into a sweet, melodic, improvisational wonder.

According to Herbie, Miles later stated that he didn’t know that Herbie had made an error.  Miles had viewed the chord played as something that happened in that moment, and had to be dealt with.

Miles didn’t hear the chord as a mistake, instead, he decided to make the chord “something that fit” into the song.

We all make mistakes.  Owning the mistake, making adjustments, and learning from the mistake – now that’s a much productive process.  Like Miles, we have to seek ways to somehow make our mistakes “something that fits.”

After all mistakes happen, and when they do, it’s no time to freeze.  As Herbie notes in the video below, mistakes can become opportunities to turn poison into medicine.

Check out the Herbie Hancock interview for full impact:

Guy Summers is President and Founder of Farrell Group L.L.C